If you’ve ever traveled by bus across the United States, you may know that many long-distance buses are required to have a restroom onboard. This is not a universal rule though, and I learned the hard way that making that assumption is a mistake! 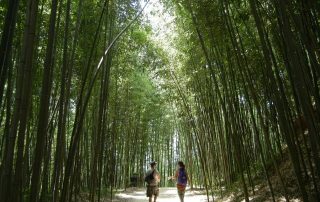 In 2012, while I was living in Seoul working as an English teacher I went on a 4-day whirlwind trip around South Korea with my two friends and co-workers.

Traveling by bullet train to the bamboo forest of Damyang, then by bus to the coastal city of Busan, taking a ferry to “Paradise Island” and staying in jimjilbangs* at night, our budget trip was going relatively smoothly until the second night in Busan, which left us wandering the streets in a fruitless search for an open jimjilbang. Our search ended in defeat and we were forced to spend the night in a “love motel” with a spotty shower and a faltering air conditioner. 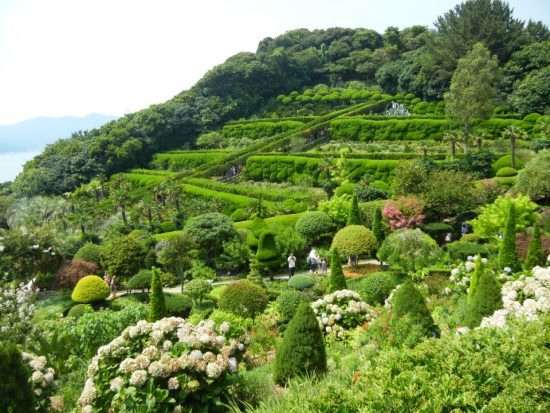 But on the third day, in a coffee shop at the bus station I drank a bottle of water, quickly followed by a latte. We were playing cards while waiting for the bus that would take us on a longer journey—about 4 hours north to a coastal town called Samcheok. I assumed that there would be a bathroom on the bus since we’d be driving for that many hours. Buses in South Korea—much like buses in Taiwan and Japan—tend to be luxurious affairs with lacy curtains and plush seats with plenty of leg room. I couldn’t imagine that they wouldn’t include a restroom.

A good rule of thumb with travel: never assume. Anything.

Joking about my trauma on the bus after the fact…

Thirty minutes into the ride, I realized the non-existent bathroom was going to be a problem. An hour in, I knew I was in trouble. As we passed a rest stop and continued bumping our way down the highway, I had to grit my teeth. When I asked my friend Jordan whether he thought we’d be stopping or not, he said, “Oh yeah, probably in about an hour or so.”

“I’m doomed,” I thought. I sat another ten or twenty minutes in utter misery before I couldn’t take it anymore. I woke Jordan up from his brief nap and asked him to go tell the driver that I had to get off the bus and that I couldn’t wait another minute.

A few minutes later, the kind driver pulled off at a gas station. At least my embarrassment lessened as several other people jumped to their feet at the same time I did. Feeling 100 times better as I returned to the bus, I saw a gas station attendant yelling at the driver for stopping at their station instead of at a designated rest stop. We were back on the road for another 30 minutes before we stopped at an actual rest stop. I picked up some cookies to give the driver as a small gesture of my gratitude and thanked him profusely in Korean when I returned to board the bus.

I rode a bus across country in South Korea on several occasions after that and I never made the same mistake again. No more assumptions and no more coffee before a long bus trip for this girl.

So what is a jimjilbang? A jimjilbang is a 24-hour (gender separated) bathhouse that usually includes hot and cold soaking pools, showers, lockers for your belongings, saunas of various types, a cafeteria, and communal sleeping rooms—usually for about $8-$10 a visit or for a full night’s stay. A uniform of a t-shirt and cotton shorts reaching your knees is provided to wear in the communal areas—basically PJs you don’t have to pack or carry with you while you travel! Jimjilbang are a popular place for families to spend time together and it’s not just something for young people wanting to travel on a budget. People of every age and economic background will stay overnight in them while traveling or will visit them to spend time with family. They are quite safe—theft is almost non-existent—and if you want to travel South Korea on a shoestring budget, these are a great option if you’re feeling particularly brave and don’t mind the idea of a communal, gender-segregated bathhouse! 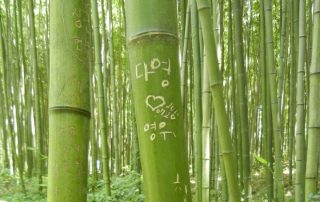 Carvings on the bamboo 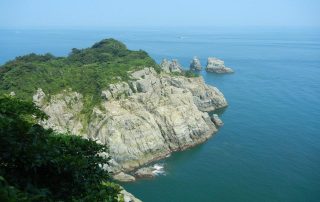 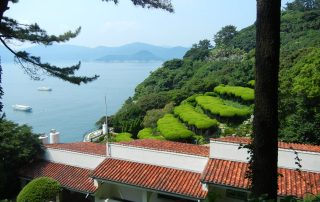