Around the world, a number of significant holidays fill the calendar between November and January. This peak holiday season includes a wide variety of holidays: Saint Nicholas Day, Hanukkah, Kwanzaa and the Lunar New Year are just a few examples of the many special days celebrated. Today though, we’d like to take a brief look at some of the traditions around the world related to Christmas in particular. Depending on where you are in the world, Christmas celebrations may look very different from what you’re used to. We thought it might be fun to look at some of them and get in the holiday spirit! 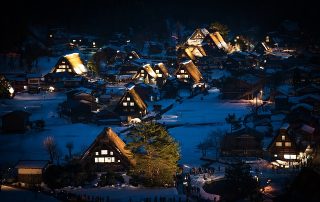 Typically, in Japan, Christmas is viewed as a more romantic holiday and is usually seen as a day for couples. Stores, restaurants, and places like Tokyo Disney are packed with couples enjoying the day together or going on dates. People don’t usually see it as a holiday to spend with your family, especially as children get older. When children are still young, their parents may give them presents, but normally Christmas presents are reserved for couples, or exchanged between very close friends.

In Japan, when people think of Christmas dinner they ultimately think of KFC’s fried chicken! Surprised? Amazingly, it is such a popular, well-marketed tradition that it can be difficult to actually eat at KFC on Christmas! If you find yourself in Japan during Christmas, you may just have to try it out! 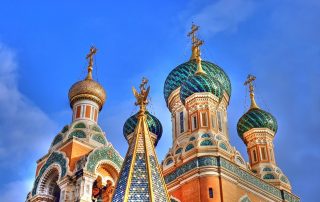 In Russian, Christmas is typically celebrated on January 7th due to the Orthodox Church’s use of the old Julian calendar for religious celebrations. Traditionally, people would fast in the days before Christmas—sometimes for 39 days! (Ethiopia is another country that also celebrates Christmas on January 7th, calling the celebration Ganna.)

Some traditional foods that you might find in a Christmas Eve meal in Russia include:

Oftentimes, the meal is made up of 12 dishes to represent the 12 disciples.

With a large population of Catholics, many Slovaks celebrate Advent. (Advent is the period of the four Sundays and the weeks before Christmas—sometimes from December 1st to Christmas—when people reflect on the religious meaning behind the holiday.) You may be familiar with Advent calendars and Advent wreaths, which are used to mark the Advent period. Some of the preparations that take place during Advent include baking, cleaning the house, shopping, and buying the Christmas tree. It’s also common to find carp being sold in the shops or by street vendors because it’s often eaten as the main dish of the Christmas meal.

In Slovakia they also celebrate St. Nicholas day on December 6th. It’s said that St. Nicholas (or as he’s called in Slovakia: Sv. Mikuláša) arrives on the evening of December 5th to deliver gifts. Instead of stockings, young children will put their shoes near the door so St. Nicholas can fill them with fruit and sweets.

Another interesting Christmas tradition is the one where the head of the family throws a spoonful of laksa (a traditional Christmas dish of bread, poppy seed filling, and water) up at the ceiling. It’s said that the more laksa that stays on the ceiling, the better the family’s crops will be in the following year. 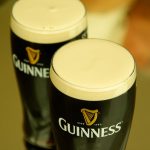 Christmas celebrations in Ireland may be similar to the celebrations in the UK and the US, but the Irish do have some unique traditions that are all their own. For example, instead of cookies and milk left out for Santa, you might find mince pies and a bottle of Guinness! 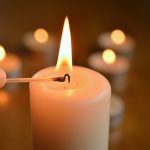 Traditionally in Ireland, where there is a large Catholic population, Christmas is celebrated from Christmas Eve until January 6th, which is when they would celebrate the feast of Epiphany. Epiphany, which some people call “Little Christmas” isn’t widely celebrated anymore, but one unique tradition of the day was that women would get the day off while the men did the cooking and housework! (Sign me up!)

Another old tradition is putting a very tall, thick candle on the sill of the largest window of the house after sunset on Christmas Eve. The candle is left burning all night long and is meant to symbolize a welcoming light for Joseph and Mary.

In China, Christmas is not widely celebrated. Additionally, with the very low percentage of practicing Christians, most of the people know little about the religious traditions or meaning behind the holiday. However in the larger cities you can see evidence of the commercial holiday celebrations: decorated Christmas trees around town, decorations, and lights in the streets and inside department stores.

Few people have trees in their own homes, but if they do it is typically a small plastic tree and might be decorated with paper flowers, red paper chains, and paper lanterns. People sometimes call Santa Claus, Dun Che Lao Ren. Dun Che Lao Ren means “Christmas Old Man.” Other names he may be called include Lan Khoong-Khoong or “Nice Old Father,” and Sheng Dan Lao Ren which can be translated as “Father Christmas.”

Christmas in Mexico is typically celebrated from December 12th until January 6th. In parts of Mexico you may receive gifts from Santa on December 24th, or you may get your presents on January 6th, the Day of Epiphany (Dia de los Reyes) instead. In some parts of Mexico—like the southern area—children expect to get presents from the Three Kings on January 6th. Even if you got presents on December 24th, you may still get candy on Epiphany.

Another interesting tradition of Epiphany is eating a special cake called Rosca de Reyes (or “Three Kings Cake”). A small figure of Baby Jesus is hidden inside the cake. Whoever finds the figure in their piece of cake is named the ‘Godparent’ of Jesus for that next year. 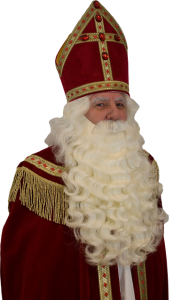 For children in Holland, the most important day for celebrating Christmas is December 5th, which is St. Nicholas Day. In most of the European countries where St. Nicholas Day is celebrated, it occurs on December 6th (see Slovakia above), but in Holland it comes a day early! On December 5th, Sinterklaas (St. Nicholas) brings the children gifts. Children are told that helpers of Sinterklaas keep records on their behavior all year, and naughty children will be put in a sack and taken to Spain for a year to learn how to behave! According to Dutch tradition, St. Nicholas lives in Madrid, Spain and every year he travels, via steamboat, to a different harbor in Holland. This way as many children as possible get a chance to see him. Sinterklaas also rides a white horse called Amerigo and wears a red bishop’s hat.

December 25th tends to be a much quieter day than St. Nicholas Day. There’s often a church service and a family meal. Some children believe that on Christmas Eve, Santa Clause (Kerstman) travels from Lapland, Finland to deliver more presents.

A traditional food that families in Holland may make for the holidays is letterbanket. Letterbanket (or “letter cake”) is typically eaten on St. Nicholas Eve and is a cake that’s made in the shape of the first letter of the family’s name.

These are just a few examples, but we hope you’ve enjoyed learning about some of the unique Christmas traditions from around the world!