Written by “Go-To Global Gal” Alyce; all photos taken by and belonging to Alyce Howard

Recently, I saw an ad that left me slightly dumbfounded. Oddly enough it was a commercial for allergy medicine, but the promotion of their product seemed almost like a footnote to the overall message of the advertisement. They shared findings from a recent study conducted by Columbia University and frankly, the numbers startled me: 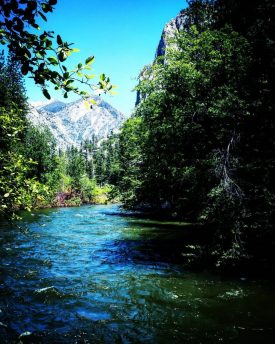 I saw this ad shortly after I’d begun planning my summer road trip to Sequoia and Kings Canyon National Park—a less well-known national park that is predominantly wild and recognized as a “hidden gem” located just south of the more famous Yosemite National Park. After reflecting on those dismal statistics and all the benefits to our physical and mental health that we get from being outdoors (improved eye health, better sleep, increased levels of serotonin, improved short- and long-term attention spans—just to name a few!), I was even happier to be leaving the city behind for a few days with plans to spend all my time outdoors.

All research and seriousness aside, if you ever have the chance to visit California, Sequoia and Kings Canyon National Parks are well worth considering as a destination contender! While they are two separate parks, bordering each other on California’s east central border, in many ways they’re managed jointly. If you’re looking for a chance to get outside and enjoy the great outdoors—in the form of towering mountain peaks, pristine wilderness, raging rivers, mighty waterfalls, giant behemoths (a.k.a. the massive Sequoia trees that dot these national parks), and deep canyons formed by rivers or glaciers—then this is your park! With less traffic than its northern neighbor, Yosemite, these parks give you incredible views, plenty of activities, and a chance to experience two of America’s beautiful national parks without any overwhelming crowds. Here are some fun facts about these two parks as well as some of their best-known attractions: 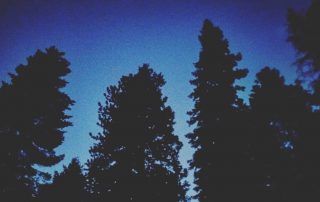 We only had a short amount of time to spend in these parks—one full day plus a few hours on the day we arrived—so I definitely wish I’d been able to stay longer. But we still managed to get out and see and do a lot between Grant Grove (where we were camping) and Cedar Grove. We drove from San Diego to Grant Grove—an 8-hour drive thanks to traffic in LA—and checked-in at our campsite where I’d reserved a spot for two nights, then used that as a jumping-off point during our stay. If you’re thinking of visiting these parks here are a few of my recommendations and “lessons learned”:

Overall, we had an amazing time in these parks and I hope to have the chance to go back. If you enjoy being outdoors, hiking, or driving on scenic highways then I would highly recommend you consider a visit to the Sequoia & Kings Canyon National Parks! I think most of us can admit that we probably spend too much time indoors—I know I do!—and what better way to get outside than to visit a national park? 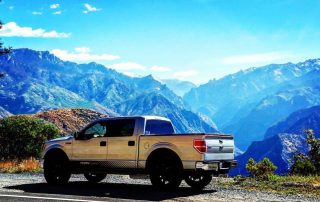 Mountains in the early morning, on the way from Grant Grove to Cedar Grove… 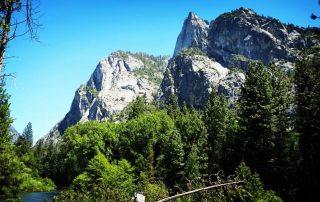 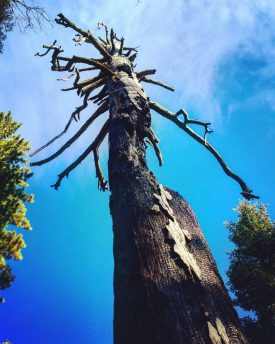 You’ll find a lot of burnt trees like this in the park; it’s part of the maintenance to keep the forest healthy… 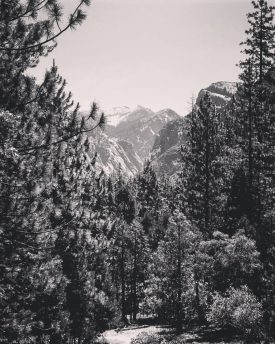 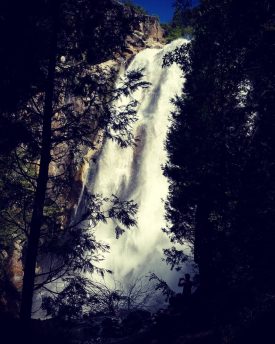 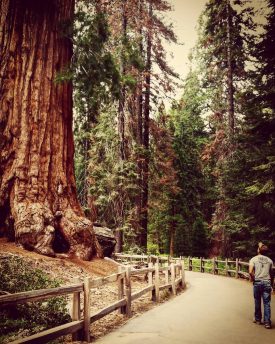 On our way to see the General Grant tree…